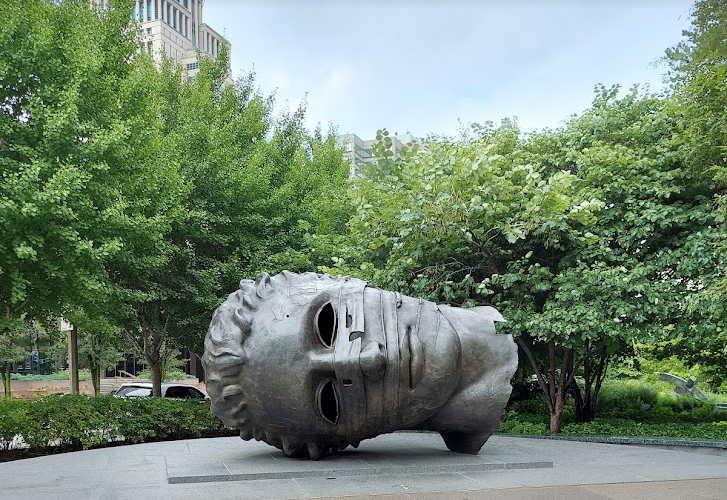 Isn’t it fascinating that in many pantheons of mythology, there are gods and goddesses strictly for LOVE? Personifications of human feelings and emotions via deities are nothing new to discuss. We have all heard of them before. Freyja, Aphrodite, Cupid, Juno, Parvati, and Eros just to name a few. Eros was the son of Chaos (in some variations). Interesting how love and turmoil have been intertwined since ancient times, isn’t it?

Eros was a Greek god of love. He was the embodiment of passion and desire. Some may recognize him better as the Roman Cupid. Without warning, he selects his prey, the innocent and the lonely. He targets the unexpected. With great force and might he strikes their hearts and they are left feeling fluttery and confused. As quoted by Hesiod, he ‘loosens the limbs and weakens the mind’ (Theogony, 120)

If you have fallen in love, you know exactly the feeling that is described.

I certainly know the feeling very well. When thinking of love, I think of also my own solitude as of the last few years. I’ve been so accustomed to life without that significant other now that sometimes I believe it all to be a myth. A real partner surely does not exist in my world. The only people who exist in my world in that respect are people who do not want to stay around. (Please hear: “People Disappear Here” by Halsey) I’ve often found that I am good enough for a little while, but not for anything long-term. But whose fault is that?

That’s how it feels, it seems. Sometimes. The same ones who crave me for just a little while, are the ones who will not give me monogamy when I ask; but they always return. They always come back. Every single one of my “exes” has always come back at some point or another. Considering I’m “alone” it’s like they think I will just be there for them forever – just for them – even though they do not offer me the same in return. It’s a vicious cycle. Satisfying, but rather annoying as well. It’s one of the most contradictory things I think a woman can experience. I’m sure I’m not alone.

To have one solid person who can just go through life with me and only me would be a dream. I wish I had someone to build with. We’d probably be a great team. I imagine it often! Other than that I do not think anything else is missing from my life. Just a true love. Not lovers. Lovers are easy to find. A true love is not. A consistent love. One that I can make sacrifices for, and one that will do it in return for me. One love that does not hold things over my head. One that does not want to fight, but one that wants to build and go through this very short life together.

If there is something that I wish I still had that was from my past it would probably be my high school sweetheart, but he is long gone now. That’s a pretty morbid statement considering I am just in the earliest portion of my 30’s. We had our ups and downs, but I miss him all of the time. He was a love that I could write a whole book on, I think.

Sometimes it does feel like I’m destined to not have certain things. For example, once I had my son – the only thing I really craved was normalcy. I wanted a “normal life”, which I don’t know if I even knew what that meant. I don’t know if I even know what that consists of. All I knew is that I wanted life to be different than what I witnessed in my childhood. At one point, someone told me, “You can’t have a normal life. You’d be bored with it.”

Sometimes, I think that is true. But as life’s circumstances have caught up with me and I’ve finally realized the extent of my anxiety – I now disagree heavily, even more than before with that particular quoted statement. All I want now is simplicity. That is really it. The belief that I’m not destined to have certain things probably stems from my experiences. Failed relationships are to blame for the belief, but I am personally to blame for failed relationships. I’ve purposely chosen (in the past) people who were not good for me. Trying to solve childhood trauma via adult relationships will never end well. That is something I’ve learned. I have also learned it is okay to be alone, and it’s okay to be quiet. My solitude now is my joy.

After three major long-term relationships, all of which so far have not worked out completely for a variety of reasons, I guess I thought at some point that having “the one” just is not possible for me. I did think that before, but I do not think that now. Thoughts change over time of course. If I was in pain and mourning the death of a relationship or marriage, of course, the “woe is me” mentality would be in effect. It’s easy to be bitter when you are hurt! It’s natural to feel that way. But feelings are a temporary state. Love is a choice.

Thinking of people around me, there is one couple that stands out in my mind. I will not name names, for obvious reasons. But they have been married for many years now and are actually happy. They have a sense of teamwork in their household. There is no misery or hostility. They celebrate their love quietly. They don’t blast all of the social media with their love. They keep it within the home. They get mad at each other of course, but it’s not something publicized. They have balance! I am now thinking about another couple I know just like the first I mentioned. The two couples each have something in common. They are not from the United States! Is this a coincidence? It could be. I’m also partially biased now because I’ve been reading more and more about the differences in mentality of Americans vs. Non-Americans. The differences in thought processes, relationships, and methods of raising children are ASTONISHING. I love this country, but many of the things we have learned are very questionable and should always be questioned!

Personally, I think my “true love” is missing because I have not been able to experience, or meet that person yet (at this phase in my life). I believe I have had “true loves”, before. I’m also questioning, like mentioned before if “true love” is even a concept that exists or makes sense. What is even a true love? Is it possible to have several over a lifetime? Of course. Is a true love something you feel from another person, is it another person themselves? Or could it be the actions taken by someone who can prove in a sense, that this “true love” thing is not just a fallacy? Is it all of what is mentioned, combined? I’m sure I could put more effort into “finding” this “true love”, and recently I believe I have put more effort. The only one who really knows the answer as to whether or not my effort will work is time. Time knows all things. I like to imagine that, at least.

As humans, it is in our DNA and very existence to crave love and desire and the want and need to be connected to people around us. In many ways, I feel connected to people “around” me. That is mostly due to social media. If social media is taken out of the equation, then will I be as connected? Certainly not. There seems to be a drought in my life and country (it feels to me at least) that there is a giant lack of community and family (outside) of social media. In the future, if time allows, I would love to start an organization of my own that can help people establish a sense of family and community – without social media being involved.

In the last 15-20 years, technology has been both a blessing and a curse to us all. However, before technology, meaning apps like Facebook, IG, and TikTok took over our lives, things were so different. I just remember not knowing where my friends were. I remember not having cell phones. I remember going outside to find them. I remember randomly running into them at random bus stops, parks, or at the train stations in Chicago. That is what I remember. We felt more connected back then, and we actually met up and made plans. Not everyone was easily accessible via social media. We were more connected back then than we are now in a sense. Things were more personal. They were face to face. It’s such a strange time we are living in now. We are connected, yet so disconnected.

In a world full of disconnection, it can be a struggle to exhibit values. Values correlate to community, family, and love. When thinking of values, I think many of my own values that I learned in my childhood and teen years still resonate with me today despite the many changes in our world. The values that I believe in, are ones that I’m also still trying to perfect. Lately, I am trying to practice kindness, empathy within my parenting, and as always – being courageous. Not that I lack any major values (I don’t think), but it’s my personal belief that as humans we must constantly strive to improve ourselves in every single area. Nobody is perfect, and this I know, but room for improvement will never hurt anyone. Unless you of course pull a muscle at the gym! Shit happens. When I catch myself having a negative thought or a serious case of road rage, I try to stop myself and redirect my thoughts. It is the least I can do, for my own mental well-being.

Focusing on well-being, I feel is a good decision and does make me feel like I’m headed in the right direction. Mental health and well-being are important factors for any individual and also for the success of relationships. When things around us go haywire, sometimes the best thing we can do is look within, instead of outward. Look within, right within your heart – right where Eros strikes.